Elizabeth Montgomery (Born May 22nd, 2002) is the daughter of Cheyenne Montgomery and Van Montgomery.

Van and Cheyenne's daughter rarely speaks, although in the episode Invasion she said her first line. She will sometimes be shown running around or in a family member's arms.

She put Jake's Game Boy in the toilet. 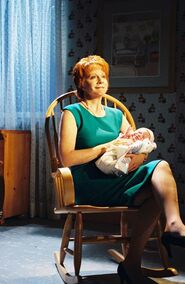 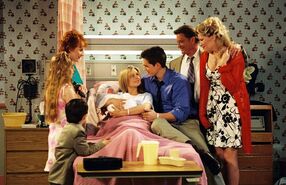 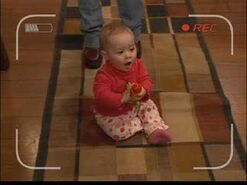 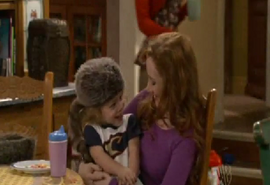 Add a photo to this gallery
Retrieved from "https://reba.fandom.com/wiki/Elizabeth_Montgomery?oldid=6411"
Community content is available under CC-BY-SA unless otherwise noted.